Just prior to Christmas we had some very sad news that Ross Ford, much-loved member of the AHC since 1961 has passed away. Our sincere condolences to the entire Ford family.

We wanted to take this opportunity to share some memories of Rossco from the Altona archives and from Bruce Forrester and Brian Smith, both very long time friends of Ross.

Rossco has been a been a highly talented and respected member of the A’s for just on 60 years! Playing his first game for our U12’s in 1961, right from near to the very start he was the best player at the club and in the state at the time.

He could make the ball talk playing as an inside forward and a prolific goal scorer.

Ross progress to play many State under 16 games where he was selected in an Under 16 Australian XI after the Perth Championships. From there at state level he went straight into the Colts – the Victorian Under 21 team – as rare then as it is now for someone so young to be selected and play in that side for many years. At the age of 17 In 1968 Ross was keenly sought and signed by Melbourne Hockey Club in A Grade, owing to the fact that Altona were in the A Reserve Competition as it was known then.

He spent 2 years at Melbourne before returning to Altona. Incidentally his payment then was a Melbourne Cricket Club Membership which he had to return after the 2 seasons!

Ross returned to help the A’s into A Grade, which he did winning the A Reserve Premiership in 1972 (with Bruce and Jock) to lift Altona into the top grade in the State, which we have stayed in ever since as it turned into State League 1 and now Premier League.

He played A Grade as a goal-scoring forward and also coached the A Grade men before retiring at a very young age with an enormous amount of potential left in the tank, when he fell out of love with the playing aspect of the game.

After his playing days Ross continued his involvement at the Club and very rarely missed watching the A’s. Throughout the decades Ross took on a number of responsibilities including: Coaching our first grade team, selection committee, team manager, working behind the bar, and fundraising to name a few! Over the years Ross also helped to recruit many high-level players and coaches to the club. In the late 70’s when the club were looking to consolidate their position in State League 1, Ross played a very important role in recruiting three interstate players to fly in for a number of Sunday games. The players, all from NSW, were Larry MacIntosh, Warren “Buster” Birmingham who went on to Captain Australia and Rohan Dick.

This was to be a major turning point in the history of our Club. Our younger players were able to see and experience first hand the work rate that was required to be a truly competitive player at the highest level. Ross not only helped with the recruiting but also worked hard on the fund raising side to assist with their airfares.

In recent years at the club, Ross took great delight in watching his daughter Kerrin play, as well as his son-in-law Tyson Priddle scoring goals for the A’s – and assisting Umpires when they were clearly pointing the wrong way! He remained a strong supporter for the whole time, rarely missing a Premier League matchday at the Snakepit. 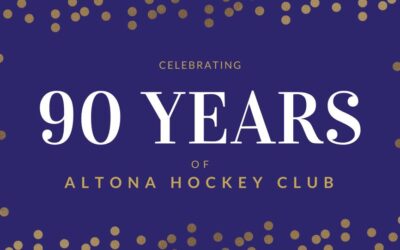 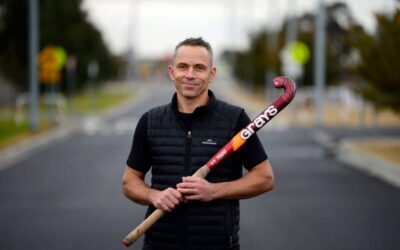