On Sunday The Altona Hockey Club WPL girls made the trek to play Hawthorn HC, the current team to beat in the competition, having the services of three Hockeyroos and a total of seven vipers players. This did not phase our A girls as they had the exciting concept of being the live streamed game for the week and wanted to focus on playing some great hockey against some of Victoria’s best.

Taylah Brennan our GK was on fire from the start saving shots from every angle, as the shots continued to occur, heat and the elite ability of our opponents were starting to take a toll and the score was 4-0 at half time. After encouraging words from the side lines we took the second half with enthusiasm regardless of the scoreboard, many plays up the middle from our captain Danielle Schubach gave Altona a chance to level the score. A stroke was called half way through the second half and our youngest player Emma Hatton stepped up to take it with confidence, scoring her first Premier League goal.

The game finished 5-1 but the scores did not show what game the crowed was watching especially in the second half being a 1-1 draw, we nearly gave the hawks a run for their money and Hockey Victoria rewarded our goal keeper Taylah Brennan the medal for best on ground.

This gives us confidence going into the next round against Burra in Ballarat.
We hope to see all of the Blue and gold army there. 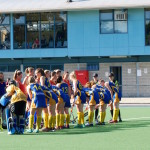 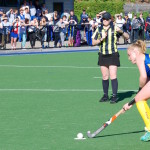 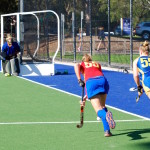 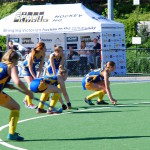 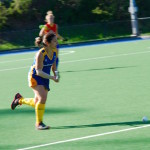 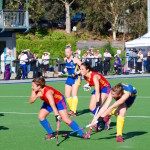